They Started It, And They Still Missed It 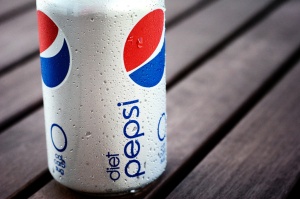 Pepsi recently announced the “return” of Diet Pepsi with aspartame. This caused a big to do on a recent conference call. Aspartame was removed from many diet drinks due to consumer concern about health issues. However, as Pepsi CEO, Indra Nooyi, is quoted upon the return of the original product: “What we did not anticipate is that there’s a group of consumers that absolutely loved the original Diet Pepsi.”

That’s amusing to me since they pushed Coke into reformulating its product many years ago and then Coke had to backtrack and reintroduce Classic Coke, and finally kill ‘New” Coke. I realize this is not a simple situation, since, apparently, a significant number of consumers don’t want Aspartame in their drinks, while a large number want “original” Diet Pepsi taste. Ah the dilemma.

However, here is the “shocker’ for me. (Unfortunately, I am not really shocked. Even in this day of alleged customer-centricity, this situation is still largely true.) Ms. Nooyi, “also conceded that the company misread the attachment of some consumers to the aspartame version.” Seriously? And it’s not like having two versions of Diet Pepsi is that much of an issue for the company given the close to a dozen versions of Pepsi now on store shelves.

Customer-focus is easy to espouse on earnings calls. Harder to execute since the consumer often has a different viewpoint than the efficient one the company would prefer.