This is a guest post from one of our co-workers, Bayard Bookman. 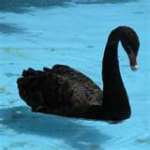 An organization’s culture and its sacred cows are often put to the test in times of crisis. A crisis can be any type of ‘black swan,’ which is a totally unexpected event … and that can hurt. British Petroleum is a good, real-time example of what happens when things go terribly wrong. It also exposed their flawed culture to the public eye as never before.

author Geoff Colvin noted that BP’s culture supposedly revolved around safety. This is based on the following statement: “…no accidents, no harm to people, and no damage to the environment.” Wow, what happened to the practical application of this lofty goal?

It appears, at least to me, that money got in the way through BP’s desire to control costs and maximize profits. According to a blue ribbon investigation panel from a few years back, a culture took hold at BP several years ago that emphasized ‘savings over safety.’ This culture no longer aligned with the stated goals … and then it turned deadly.

That culture did not evolve in a vacuum. It permeated the entire company until it literally blew things up. Is your culture truly in alignment with your goals and values, or are they just printed on parchment and ignored?

This entry was posted in Uncategorized and tagged black swans, BP, company culture, deadly cultures, the importance of culture, what can we learn from the BP gulf disaster, what went wrong at BP, when culture and values are disconnected, who is to blame at BP. Bookmark the permalink.

1 Response to When Culture Turns Deadly